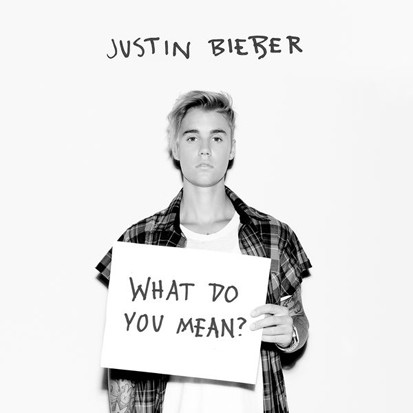 The Biebs is back; re-energized, re-focused and re-formed (for now) not that he was actually ever that much of a bad-ass to be honest.

As if Justin Bieber’s new single What Do You Mean wasn’t already poised to debut at the top of the charts out of hype alone, good ‘ol God lovin’ and Selena Gomez heartachin’ Bieber comes out full blast and breaks down in tears after his VMA performance and then releases the accompanying steamy music video… Boom! no prices on guessing who has secured his spot at the top next week. Yes, quite reminiscent of Chris Brown’s breakdown after his Michael Jackson tribute back in 2010 during the BET Awards when Brown was also trying to re-form his tarnished image.

If you’ve never been a fan of the Biebs, now will more than likely be the time than you will at least appreciate his music as his new single What Do You Mean is his first single to have true mass appeal. It’s a nice and simple middle of the road kinda electro-pop song that is radio and dancefloor friendly – basically it’s the type of song you can dance or chill to. We have a feeling this track is bound for huge business Downunder. HELL-O Spring Song. #download